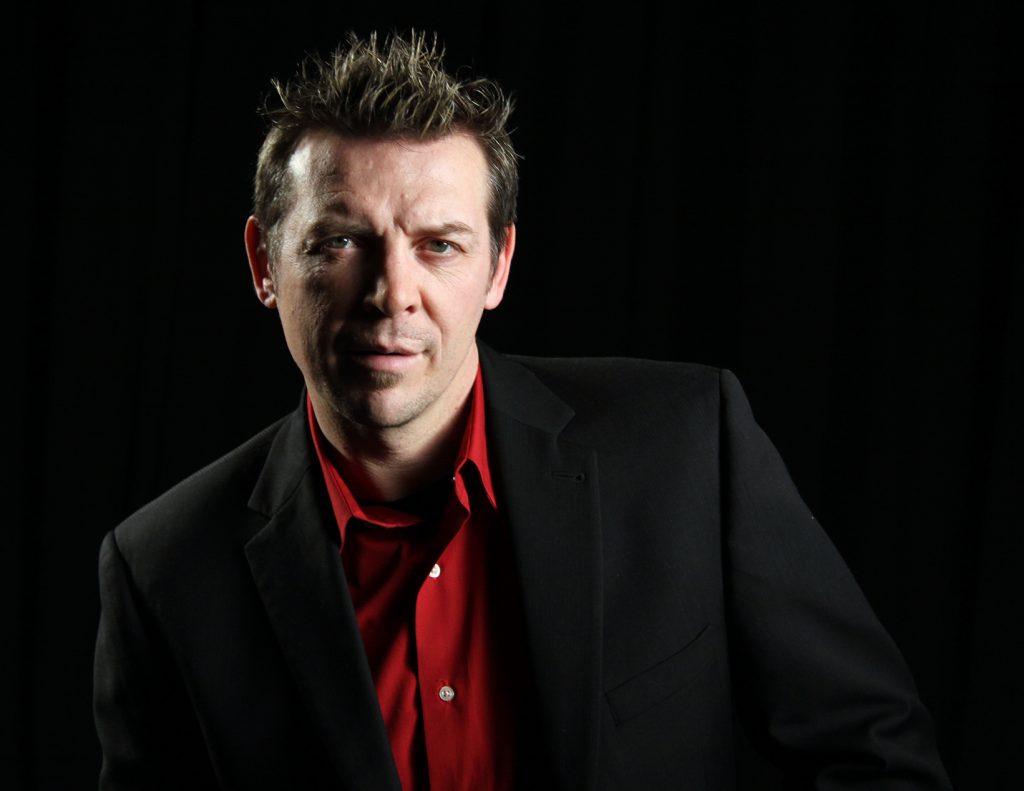 While Theo does enjoy his hockey memories and accolades, he feels honored and blessed in what he does today.

Theo’s mission statement is to help as many people get to where they want to go. It has taken shape in many forms, whether meeting people for a brief moment on the street or as a dynamic inspirational speaker with the intention of creating healing through conversation. He loves people, their stories and their journeys. He is committed to daily transformation through personal growth through self-reflection, mindfulness and new action. His compassionate spirit allows others to feel safe and whole through experiencing his vulnerability.

Theo has been awarded the Canadian Humanitarian Award, The Queen’s Jubilee Medallion, he is an Honorary Chief and recipient of the Aboriginal Indspire Award. In 2014 Theo was awarded with an honorary doctorate in Science from University of Guelph-Humber for outstanding contributions to the Mental Health of Canadians. Most recently Theo was bestowed with a second honorary doctorate in Laws from Brandon University in recognition for his contributions combating child sexual abuse and for his outstanding efforts to promote healing and recovery.

Theo pursues excellence in all areas of his life. 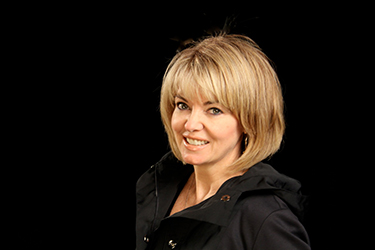 With six national bestsellers (three instant #1 bestsellers in a row) under her belt, including Wayne Gretzky’s #1 bestselling non-fiction book in Canada for 2016, Kirstie McLellan Day is considered the world’s top hockey author.

Kirstie spent the winter of 2016 working with Wayne Gretzky on his bestseller, 99: Stories of the Game. Sports Illustrated review the book said, “I have held (Ken Dryden’s) The Game as the best hockey book ever written… I can say that more about this one. (Gretzky) has every record there is, (and now) might as well notch his name down for best hockey book.”

One of her best-known books, Theo Fleury’s Playing With Fire, was on the national bestsellers list for more than 52 weeks. That led to a feature length documentary for HBO and a one-man play Kirstie wrote. The play has won numerous awards and continues to tour across the county. First staged at Alberta Theatre Projects in 2012, it was named best theatrical production of the year.

BookNet Canada recently released a list of the 150 bestselling Canadian books since 2007. Author Robert Munsch tops the chart with a remarkable 35 titles. McLellan Day is second on the list with five bestsellers (including the top-rated hockey book) while Margaret Atwood has four books on the list, and Alice Munro and Chris Hadfield are some of the writers with three. 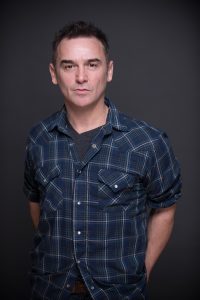 Shaun Smyth, created the role of Theo Fleury in Playing with Fire and has performed it over 150 times in 8 Canadian cities. Shaun was born in Glasgow Scotland and raised in Calgary Alberta. He received his BFA in Acting from the University of Alberta. He has been acting professionally for over 25 years.

Shaun works across Canada in both Theatre and Film. Some highlights : The Canadian premiere of Tom Stoppard’s Rock n Roll. The North American premiere of Irvine Welsh’s Trainspotting (for which he received a Dora Nomination), both for Canadian Stage Toronto. One Flew Over the Cuckoo’s Nest (Theatre Calgary/ Royal Manitoba Theatre Centre); The Glass Menagerie, Shining City (Citadel Theatre); Of Mice and Men Canadian Stage Toronto; The Pillowman and The Last Days Of Judas Iscariot (Birdland Theatre Toronto); Stones In His Pockets (Alberta Theatre Projects and The Grand Theatre, London); Moby Dick, The Country Wife, Amadeus and Macbeth (Stratford Festival). The Galileo Project (Tafelmusik). 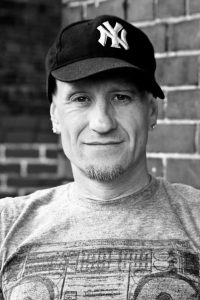